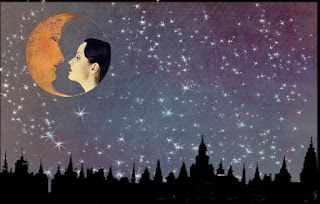 Beyond the dark of night and above the clouds
where brave men rode their man-made steeds
across the Milky Way to leave their footprints
on our shining harvest moon, lies a vast
nothingness that has captured man's curiosity
for eons.

Ancient hieroglyphs in distant caves speak of
space beings and flying objects, and a strange
menagerie called Nazca lines is scripted in
the sands of some distant land, discernible
only from high above, their secret purpose
ever eluding us.

A nation watched in horror as the space
ship Challenger soared into the great beyond
and shattered into flaming bits, carrying seven
brave astronauts destined never to walk the
earth again, reminding us that space is master
and we the slaves.

Scientists and astronomers study galaxies
beyond our own, and much is made of a planned
trip to planet Mars.  Space holds secrets yet to
be discovered, but there are those who wisely
suggest we learn to care for this planet we call
home before we consider conquering space
and populating others.
***
Submitted to Poets United Midweek Motif, February, 2017