Any resemblance to persons living or dead is purely intentional……
Submitted to  Poets United Midweek Motif
and to https://dversepoets.com/ Open Link
March, 2017
*************** 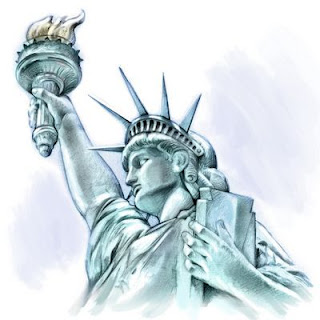 Once upon a time there was an empty man,
filled only with himself.  The Earl of Deceit
dwelled in a golden tower, yet convinced
many he was everyman.  He rose to the
highest office in the land, then spent his
time wreaking revenge on those who dared
disagree with him.   With a careless stroke
of the pen, he extinguished the light of
Lady Liberty, divided families and caused
hardship and grief  to those who had already
suffered much, then retired to his opulent
castle in a southern city for a spirited game
of trick and tweet.

With swaggering bravado,  no mirror large
enough for his ego, he spouted lies meant to
obfuscate his true agenda.   He denigrated
women, though he married three.
He smiled little, and blustered much.   He
embarrassed his nation and spat upon tradition.

Soon (and this is the fairy tale part) he
disappointed those who believed in him, and
became like the emperor with no clothes.
Everyman came to see his feet of clay, and he
was dethroned.  The country fell to its knees
in gratitude to have escaped self-inflicted
Armageddon.  The torch of Lady Liberty was
re-ignited, and all the peoples of the land
lived companionably ever after.