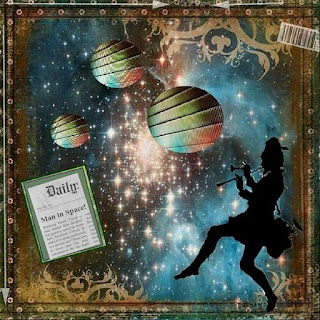 Imagine, if you will, a Martian newscaster reporting on the landing of an alien spacecraft on the moon, followed by a terrifying account of the door opening on the vehicle and an alien being stepping onto the surface of the moon and sticking a stick in the ground decorated with stripes and stars, speaking in some foreign tongue. I’m told Martians scurried into their subterranean homes in fear and trembling lest they be next to be invaded.  Not since October, 1938, and a newscaster named Orson Welles had there been such panic in the streets!   Jupiter and Venus intercepted the messages and set off an inter- planetary hubbub the likes of which had not been seen since the Great Poobah set it all in motion.  It’s quite likely the cow jumped over the moon and the dish ran away with the spoon.  Imagine, if you will …………………
*********
Gardens are planted
according to phases of moon
Spring’s sure to follow