It's Haibun Monday at dVerse, subject
of our choice.
Submitted July 24, 2017 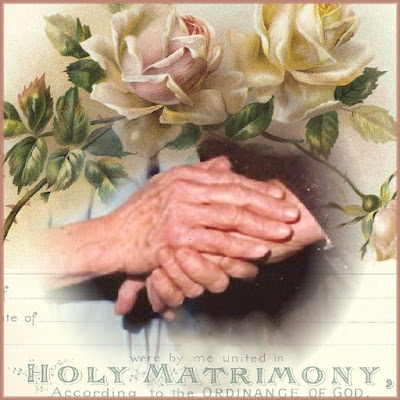 She was never the same after he was gone.
In the last few years of their 55 years together,
it was he who reminded her of the day, the
week, the names of their grandchildren, and
the many miscellaneous facts that had faded
from her memory as snowflakes disappear
when they fall on a warm surface. When he
was gone, she spent her days in a gentle state
of bewilderment. Sometimes she tried to retain
her grasp on time and place. I know this,
because I saw written on her calendar
“This is today.”  Now she’s joined him in
the great what-comes-after.  They’re together
again,  no longer solitary halves of a pair
honed and weathered by the passage of time.
What a comforting thought.