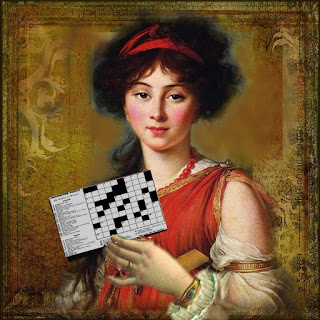 She awakened to the plaintive wail of the 7 a.m. train.  The view from her window revealed yet another of those gray, bleak winter days, remnants of the last snowfall now dingy and gray.  Sighing, she arose and shuffled to the kitchen, where she set about making her morning coffee.   How she longed for the sense of well-being that comes with the first hint of Spring! In the long winter, each day seemed the same as the one before, a progression of sameness which left her struggling with depression. The door gave its usual complaining squeak as she opened it to pick up the newspaper. Morning coffee was always accompanied by the daily crossword. She opened the paper, picked up her pencil and began the ritual.  One across.  Five letters.  “A pervasive sense of boredom”.  She penciled in the letters E-N-N-U-I…and the irony of the word did not escape her.
Posted by indybev at 10:13 AM