Haibun Monday and Frank presents Basho and
Shakespeare.  We’re asked to produce a haibun
featuring one or both, followed by a Haiku.  An
interesting challenge!
Submitted to dVerse 4-27-2020
************** 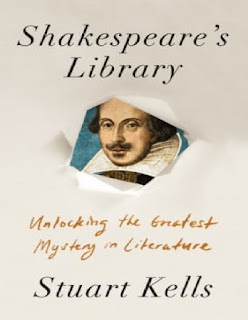 While I’m drawn to Basho’s haikus, brief and crisp, it’s the word mastery of Shakespeare that captures me.  His legacy of phrases that are still in common use, and his colorful, descriptive epithets cannot be surpassed.  He played the English language like a theater organ, pulling out all stops, yet he was born to illiterate parents and reared in a small town.  There is no record of his ever attending grammar school or university.  No letters or plays have been found written in his handwriting, and the existing samples of his handwriting are mainly signatures, often with his name misspelled.  So, did this uneducated man who couldn’t spell his own name correctly produce this mass of works?  Mystery swirls around Shakespeare and his works, and many theories abound.  What a fascinating history for the ages!