THE MYSTERY OF FLIGHT 19

The Bermuda Triangle has always held a
fascination, and the fate of Flight 19 is
one of its mysteries.
Submitted to Poets United, Poetry Pantry
April 30, 2017 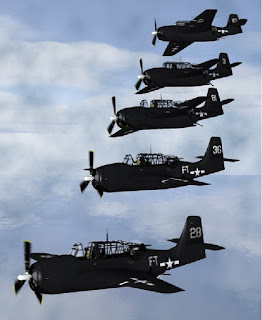 And so no one really knows
What happened to the flight
In the last communication
They said “No land in sight”.

What  followed was a massive search
The outcome was as feared
All five planes and 14 souls
Seemed to have disappeared.

Two rescue planes had been dispatched
To try to find the flight
Before another day had dawned
One of them, too, had vanished from sight.

The searchers found no oil slicks
No sign of  debris was seen
To explain the mysterious fate
Of the search plane or Flight 19.

The Bermuda Triangle is legend
For ships lost and never seen again
She still holds fast the destination
Of the search plane, Flight 19, and their men.
Posted by indybev at 7:49 AM