This week's image brought to mind one of my favorite books as a child..."The Girl of the Limberlost" by Gene Stratton Porter, and the legend of Jim Miller who became lost in the wetland of northern Indiana called Loblolly Marsh.  Jim was known as Limber Jim, and the area became known as Limberlost in memory of Jim's fate.   My poem is loosely structured around Jim's fate 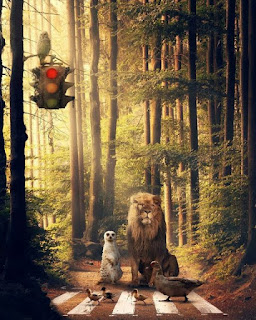 LIMBERLOST
.Deep in Loblolly Marsh the creatures
gather to converse
to consider Limber Jim’s fate
they say he’s lost, or worse
They follow the blazes on trees
Jim left to mark his way
hoping someone would find him
before his very last day
But his fate is lost to mystery
the creatures’ memories dim
In the land of Limberlost
they say they still look for Jim.
Posted by indybev at 8:26 AM