Lillian has provided old photos and
asked us to choose one and write a poem
about it at Poetics.
Submitted to dVerse Poetics
June 13, 2017 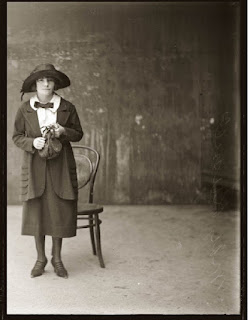 Maisie belonged to a group of women
Who battled the wages of sin
Called the Christian Temperance Union
They determined to save their men
From the dreadful jaws of temptation
And influence of men like Capone
The 20’s were times of turmoil
Much moreso than previously known.

But Maisie survived the 20’s
Soon considered them times in her past
Women achieved the right to vote
She was proud when her vote was cast
Time moved on, and so did Maisie
No longer in the political foray
Now she and her friends come together
And talk about “back in the day”!